For those who don’t know, ABS basically stands for “anti-lock brake skid”, the name of a system for safety control. When there is an issue with the ABS brake system in your car, this part will turn on the warning light to alert you that it has been disabled and no longer active.

How Does an ABS System Work?

In general, the ABS system helps to keep directional stability and control of a vehicle in cases of extreme braking. When 1 or more tires start to skid, they will lose traction and make the car to move in an arbitrary direction, even totally sideways.

Many studies have proven that a car with an ABS system can reduce the risk of an accident by nearly 18 percent by monitoring each wheel’s rotational speed.

A wheel speed sensor is located near the wheel and controls its rotation speed. After that, this information is transmitted to the computer module, which measures all of the data from 4 wheel sensors. When the computer notices one of the wheels rolling slower than the others, it will warn the valve to decrease the pressure of the brake line and have the pump keep this pressure to make the wheels begin running again. This the reason why you might feel the vibration of the brake pedal if the system is activated.

Whenever the ABS system finds out an issue, a fault code will be created and stored in its system memory to turns on the warning light. Most of the ABS systems are basically “real-time” so the codes need to clear themselves in a few minutes of running when they are triggered and repaired.

Although early models consisted of many parts, most of the systems these days are more basic and comprised of a valve, main computer module, 4 wheel speed sensors, and hydraulic pump assembly at every wheel. This helps to simplify repairs and make the expense of the parts more affordable.

Before You Get Started

Once you have decided to fix the issue, it is necessary to park your vehicle on a level ground. Perhaps you might need to jack up the car to replace the control module or remove the tire. Always remember to use jack stands while lifting the vehicle for repairs to stay safe.

During this guide, you might have to remove a tire for part replacement or testing purpose. The pads and brake caliper would also require being removed when changing a wheel speed sensor.

In general, there are 2 methods for this repair: start to check the system manually or buy a code reader that is capable of reading the ABS codes. Most of the ABS diagnostic codes could be measured by the ALDL connector just as an engine computer control system.

When the warning light steadily stays on or flashes, it means that the system is being disabled. Thus, when you are in a circumstance in which the vehicle needs that safety system, it would not work and you would lose control of the car. An anti-lock warning light would be located in different areas in the instrument cluster for different models, and it might be followed by a red warning light. 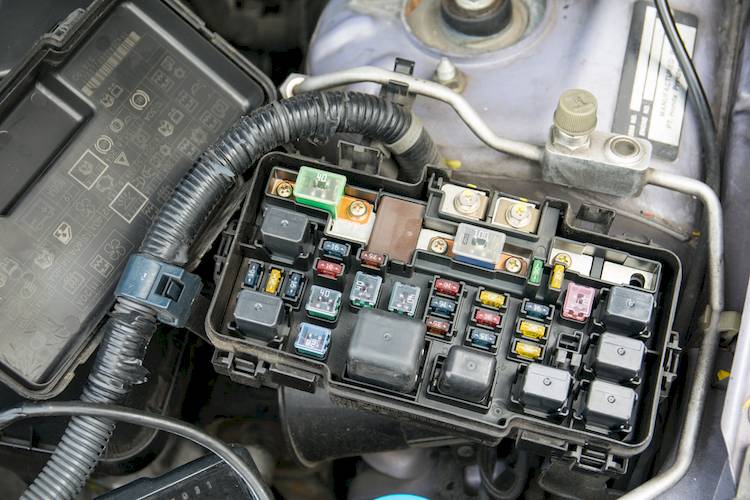 Just like any other electrical systems, an ABS system is basically protected by a fuse which could blow when it ages or when an electrical surge happens. If the fuse is blown again even after a replacement, there might be a short circuit in the system that is often the pump motor or the ABS computer. An ABS fuse is often put at the power distribution underneath the hood or in the fuse panel underneath the dashboard.

A wheel speed sensor is generally used to control the wheel rotation that is monitored by an ABS computer. In most car models, this sensor works in conjunction with a wheel stator connected to the bearing hub, axle brake rotor, or CV joint. Those sensors will be subject to the conditions on the road as well as the vibration that could make them short out. Make sure to follow the guide below to do a test by using a voltmeter. 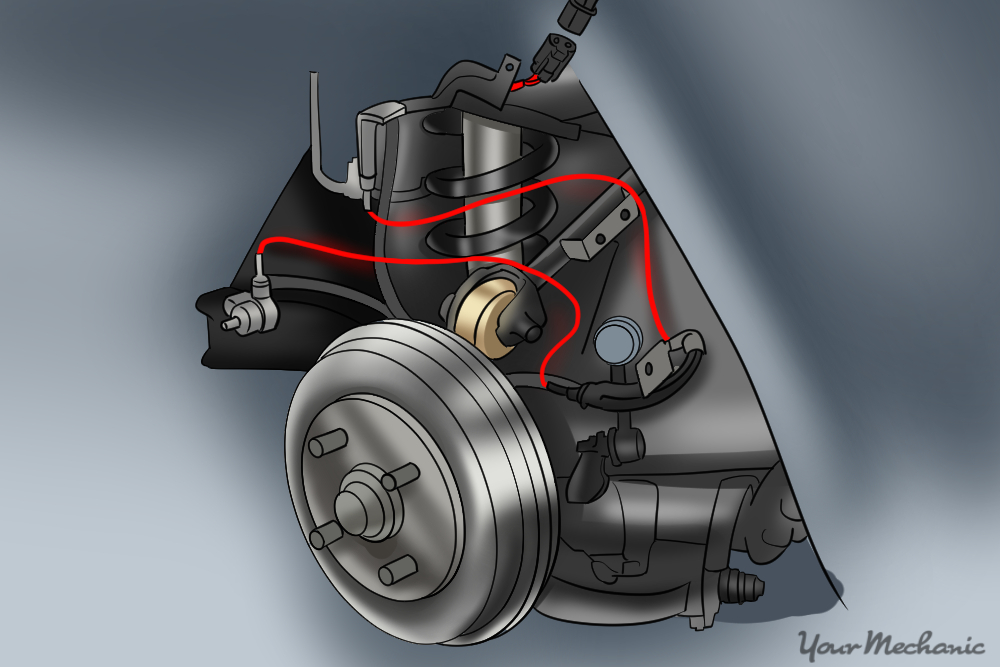 An ABS controller is often used to regulate the rotation speed of the wheel and could sometimes go out as electronics. In most car models, this computer part is placed on the top of the pump motor by 4 or 5 mounting bolts. When the ABS system still remains on even after you turn off the key, which is signaled by a humming sound, it needs to be changed.

A wheel speed sensor basically works to control the rotation speed of the wheel. When this ring is damaged, it would make the system malfunction.

When it gets damaged or dislodged in a way that its teeth are missing, then the system would be activated constantly mainly because it assumes that the wheel is running slower than the others. In these cases, you need to physically inspect these rings as there will be no alerting light for this issue.

The locations of those rings are not the same. Some are placed in the plain sight, while the others could be made internally in the different housing or bearing hub.

After replacing the ABS system in your car, you should be always observant when driving it for the first time. Try to listen for any performance problems or abnormal noises that would signal an issue needing further inspection. In most of the American-built cars, there is no code clearing required. A couple of older Japanese and European models might need to be cleared by using an ABS code reader. Even after clearing the code, if the warning light still stays on, it indicates that you still have an issue.

If you have any related questions about the ABS brakes in your cars, feel free to leave a comment in the section below or visit our blog for more helpful information.